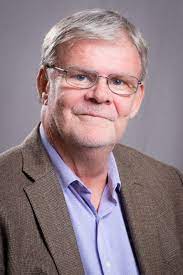 President of the Princeton Club, Marcus Saskin, invites all Harvardians to a conversation with Howard Wilkinson, Senior Political Analyst for Cincinnati Public Radio.  Wilkinson will be discussing the state of politics and sharing his thoughts on the midterm elections. This is a low-key event to meet our local Hall of Fame journalist with thirty years of experience in election coverage.
The event space holds 200. There is no cost to attend. Princeton asks that people use the Sign Up Genius below to provide the number of people in their party in order to prepare enough seats and refreshments.

Howard Wilkinson joined the WVXU News Team after 30 years of covering local and state politics for The Cincinnati Enquirer. A native of Dayton, Ohio, Wilkinson has covered every Ohio governor’s race since 1974 as well as 12 presidential nominating conventions. His streak continued by covering both the 2012 Republican and Democratic conventions. Along with politics, Wilkinson also covered the 2001 Cincinnati race riots; the Lucasville Prison riot in 1993; the Air Canada plane crash at the Cincinnati/Northern Kentucky International Airport in 1983; and the 1997 Ohio River flooding. The Cincinnati Reds are his passion.

In 2012, the Society of Professional Journalists inducted Wilkinson into the Cincinnati Journalism Hall of Fame.

In 2019, Wilkinson was named Senior Political Analyst for Cincinnati Public Radio as he retired from fulltime employment. He will continue to appear on  Cincinnati Edition, write blogs on politics and his popular Tales from the Trail, all available on wvxu.org.