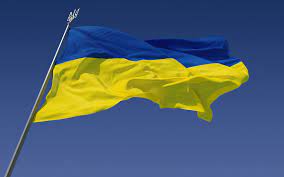 
Register in advance for this meeting:
https://us06web.zoom.us/meeting/register/tZcldOmsrTwpGdLgPucIbZkRZOzdGwH56NvF

After registering, you will receive a confirmation email containing information about joining the meeting.

The failure to distinguish fact from fiction, truth from lies is never more consequential than during wartime.  In this case, the first step is to distinguish "history" from "the past."  The past is being used to justify a war of choice on a peaceful neighbor with serious consequences for Ukrainians and the rest of the world.  Dr. Pollock specializes in the history of Russian empire and is well positioned to provide a more accurate account of Russian-Ukrainian relations "since time immemorial," an ahistorical but politically expedient phrase Russian Federation President Vladimir Putin uses in an attempt to convince his audience of the foreverness of what he calls "the historical unity of Russians and Ukrainians."

Putin has been using the past to deny Ukrainian sovereignty, with devastating consequences for the region and the world.  He is counting on our collective failure to distinguish between history and the past.  While his accounts of the Russian and Ukrainian pasts are misleading, this does not mean we should ignore them.  When dealing with authoritarian regimes and their propaganda machines, it's critically important to distinguish fact from fiction, truth from lies.  Putin’s propaganda is important not as history but as the expression of the deadly will of an autocrat.  Putin is now using the past to justify his war on Ukraine.  His goal is the destruction of independent Ukraine, involving the killing of Ukrainian citizens who are defending their families, homes, and homeland.

Dr. Pollock earned his Ph.D in History from Harvard University (2006), where he received several teaching awards, including the Thomas T. Hoopes Prize for senior thesis advising and the Stephen Botein Prize for teaching in History and Literature.  He has also taught at Yale University and the University of New Haven and was Postdoctoral Fellow at the Harriman Institute for Russian, Eurasian, and Eastern European Studies at Columbia University (2007).  Since joining the Wright State University Department of History in 2008, he has received recognition for teaching excellence in General Education and Writing across the Curriculum.  He was the 2013 Phi Alpha Theta Outstanding Faculty Member (Department of History) and received of the College of Liberal Arts Outstanding Teaching Award for 2015.  In addition to teaching in traditional classroom settings, he has designed and successfully taught asynchronous and synchronous online courses at every level  and has advanced the university's mission to engage in meaningful community service by teaching service‐learning courses in partnership with Dayton's Thurgood Marshall High School.  He chaired the University Undergraduate Curriculum Committee and the Faculty Senate Taskforce on Distance Education, served as the inaugural Faculty Director of the Center for Teaching and Learning (2014-18), and represented the College of Liberal Arts on Faculty Senate (2012-2018).  His current research focuses on the history and memory of Russia's 1812 campaign against Napoleonic France.  He was recently tapped to lead Wright State Online, a new strategic initiative to oversee the production of best-in-class online courses and the development of a comprehensive e-learning strategy for the institution.