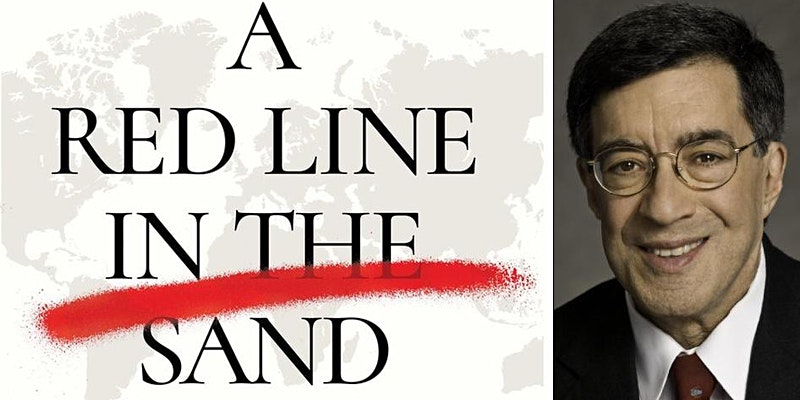 Open to the public.

“If you’re taking bets on where the next war will break out, this is essential reading.” — Kirkus

The Harvard Clubs of Central Ohio, Northeast Ohio, and Cincinnati are pleased to bring you an evening with foreign correspondent, author and commentator David Andelman '66.

In A RED LINE IN THE SAND, Andelman writes about diplomacy, strategy, and indeed about the history of wars that might still happen. He uses his decades of experience as a longtime columnist for CNN and a veteran correspondent for the New York Times and CBS News to astutely combine history and global politics. Considered one of the more experienced national security journalists, he provides timely, insightful analysis of dangers and of prospective solutions.

A Red Line in the Sand, and its podcast from Evergreen & Apple, is the story of barriers – physical, diplomatic, military, and existential – that have proliferated in years across every continent and, in recent years, have reached a toxic apex in numbers and virulence. Mr. Andelman asserts that there have never been more red lines at any one point in history than today. Donald Trump’s too often quixotic approach to international troubles should not be the only explanation for many of these pernicious divisions.

Andelman provides a riveting and illuminating behind the-scenes stories of the world’s most intense “red lines,” from the red line in Munich that led to the start of the Second World War, to the red lines in the South China Sea, the Korean Peninsula, Syria and the Middle East, this book traverses the globe in order to understand war, peace, and global politics. His findings are based on original documentary research, previously classified material, interviews with key players, and reportage from more than 80 countries across five decades to help us understand the growth, the successes and frequent failures that have shaped our world today.

As the United States establishes more red lines than it has pledged to defend, every American should understand the volatile atmosphere and the existential stakes of this red web encompassing the globe.

David A. Andelman is a veteran New York Times and CBS News correspondent and executive director of The Red Lines Project. He is an award-winning columnist for CNN and contributor to NBC News/Think. He has served as the editor and publisher of World Policy Journal, as an Executive Editor of Forbes, and news editor at Bloomberg. He is the author of The Peacemakers, The Fourth World War: Diplomacy and Espionage in the Age of Terrorism with the Count de Marenches, and A Shattered Peace: Versailles, 1919 and the Price We Pay Today. He is a graduate of Harvard University and the Columbia University Graduate School of Journalism and a member of the Council on Foreign Relations. He lives in Canadensis, Pennsylvania and Paris, France.