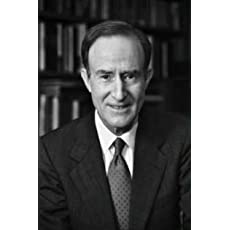 Religion and the Rise of Capitalism

HAA provided us a second faculty speaker this year.  The Harvard Clubs of Northeast Ohio, Cental Ohio and Cincinnati are excited to host Benjamin M. Friedman, the William Joseph Maier Professor of Political Economy, and formerly Chairman of the Department of Economics, at Harvard University. He joined the Harvard faculty in 1972.

Mr. Friedman’s newest book, to be published by Knopf in January 2021, is Religion and the Rise of Capitalism – a fundamental reassessment of the foundations of current-day economics, showing how religious thinking has shaped economic thinking ever since the beginnings of modern Western economics and how this influence continues to be relevant today especially in the United States. His two other general interest books have been The Moral Consequences of Economic Growth (Knopf) and Day of Reckoning: The Consequences of American Economic Policy Under Reagan and After (Random House).

In addition to these works for the general public, Mr. Friedman has also written and/or edited fourteen other books, and more than 150 articles in professional journals, aimed primarily at economists and economic policymakers. Much of this work has focused on economic policy, and in particular on the role of the financial markets in shaping how monetary and fiscal policies affect overall economic activity. Specific subjects of this work have included the effects of government budget deficits, guidelines for the conduct of U.S. monetary policy, and appropriate policy actions in response to crises in a country's banking or financial system. Mr. Friedman is also a frequent contributor to publications reaching a broader audience, including especially The New York Review of Books.

Mr. Friedman's current professional activities include serving as a director of the Private Export Funding Corporation, a trustee of the Pioneer Funds, and a director of the Council for Economic Education. He was also a long-time director and member of the editorial board of the Encyclopaedia Britannica. He is a fellow of the American Academy of Arts and Sciences and a member of the Council on Foreign Relations.

Mr. Friedman received the A.B., A.M. and Ph.D. degrees in economics from Harvard University; during his graduate study at Harvard he was a Junior Fellow of the Society of Fellows. In addition, he received the M.Sc. degree in economics and politics from King's College, Cambridge (U.K.), where he studied as a Marshall Scholar. Among other distinctions, he has received the George S. Eccles Prize, awarded annually for excellence in writing about economics; the John R. Commons Award, given every two years in recognition of contributions to economics; and the Medal of the Italian Senate.

Our moderator will be Daniel Cunningham, CEO of The Long-Stanton Group from 1998-2013 when he stepped aside to found the Cunningham Institute for Growth. Inspired by two trips back to Cambridge, first as an Advanced Leadership Fellow and then to earn a master's degree from the Kennedy School of Government, Dan was determined to put his research to work not just for the region but for the nation.  The Cunningham Institute for Growth analyzes competing programs for their impact on increasing economic growth, then determines and explains the best possible path forward to create maximum growth.  Dan has become a persuasive public speaker for positive change. To support his work to restore 3% long-term (10 years) U.S. economic growth, he is an avid student of the economics/effectiveness/fairness of global trade, healthcare, financial services, and how market-based electricity is regulated.
Mr. Cunningham was a Director of the Federal Reserve Bank of Cleveland, Cincinnati Branch. He studied electrical generation, distribution, and regulation at the Massachusetts Institute of Technology. He has volunteered for service as a Board member for Cincinnati Opera, Artswave, Ralph J. Stolle YMCA, Warren County Foundation, and the Xavier University Economics Advisory Board. He is a Director and the Chorister of the Harvard Club of Cincinnati.

About the book:
From

one of the nation's preeminent experts on economic policy, a major reassessment of the foundations of modern economic thinking that explores the profound influence of an until-now unrecognized force--religion.
Critics of contemporary economics complain that belief in free markets--among economists as well as many ordinary citizens--is a form of religion. And, it turns out, that in a deeper, more historically grounded sense there is something to that idea. Contrary to the conventional historical view of economics as an entirely secular product of the Enlightenment, Benjamin M. Friedman demonstrates that religion exerted a powerful influence from the outset. Friedman makes clear how the foundational transition in thinking about what we now call economics, beginning in the eighteenth century, was decisively shaped by the hotly contended lines of religious thought within the English-speaking Protestant world. Beliefs about God-given human character, about the after-life, and about the purpose of our existence, were all under scrutiny in the world in which Adam Smith and his contemporaries lived. Friedman explores how those debates go far in explaining the puzzling behavior of so many of our fellow citizens whose views about economic policies--and whose voting behavior--seems sharply at odds with what would be to their own economic benefit. Illuminating the origins of the relationship between religious thinking and economic thinking, together with its ongoing consequences, Friedman provides invaluable insights into our current economic policy debates and demonstrates ways to shape more functional policies for all citizens.