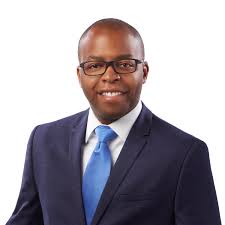 Scroll down to RSVP. Zoom link will be sent around 11/7 and then as needed.

Gabe Davis HLS '11, a former federal prosecutor and candidate for Hamilton County prosecutor, is the new Director of Cincinnati’s Citizens Complaint Authority, an agency viewed as key to the city’s police reforms outlined in federal/local Collaborative Agreement that followed the 2001 civil unrest.  At his first Board meeting in September,

Davis evoked Timothy Thomas, whose death triggered the 2001 civil unrest.  "Today, nearly 20 years later, we are at another pivotal moment in the history of our city and our country.  This summer, thousands in our community came together to demand a greater measure of justice, accountability and equity in law enforcement and in all our systems. They came together from all backgrounds and ethnicity to march, to organize for racial justice and to make their voices heard.

"We must answer that call," he said.
--Sharon Coolidge, The Cincinnati Enquirer

Born and raised in Cincinnati, Gabe is the proud product of Cincinnati Public Schools. The son of a police officer and a Head Start program manager, who also served abroad as missionaries during Gabe’s childhood, Gabe modeled his parents to enter a life of public service. Their insistence that Gabe learn about the civil rights movement from an early age, and Gabe’s admiration for the advocacy of those who led the movement, like Thurgood Marshall, led to his decision to study and practice law.

After attending high school at the Seven Hills School on a scholarship, Gabe attended Yale and then  served his home community through AmeriCorps as a Public Ally to work in low-income neighborhoods, advocating and organizing for the reduction of health disparities, While at Harvard Law School, Gabe served on the Executive Board for the Black Law Student’s Association and worked as a student advocate at Harvard’s housing clinic, representing tenants facing foreclosure in court.

After graduating from Harvard Law, Gabe was appointed to serve as an Assistant District Attorney with the Manhattan District Attorney’s Office and then was then appointed to serve as a federal prosecutor in the Civil Rights Division of President Obama’s Department of Justice. While in this position, he protected the civil rights of vulnerable persons by leading criminal investigations and prosecutions involving serious federal offenses, including official misconduct, obstruction of justice offenses, conspiracy, and hate crimes. Gabe prosecuted cases in jurisdictions and federal courts across the country including Alabama, Arkansas and Florida.

Gabe and his wife Princess decided to move back to Cincinnati after the birth of their daughter, Lizzy, to raise her in the city they love to call home.