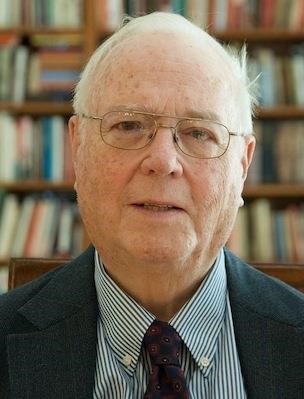 Dr. William Robert Meyers, emeritus professor of psychology at the University of Cincinnati, died on August 22, 2020, after a long illness.  He was born in South Orange, New Jersey on March 31, 1934, the son of Joseph Francis Meyers and Eleanor Adeline Meyers, nee Calestine.  His father died when he was three years old.  He was separated from his mother for several years, enduring dire conditions in foster homes during the Depression.  As he grew into adulthood, he became committed to social justice and developed tremendous empathy for children.

Bill grew up with his mother in a third-floor walk-up, cold-water tenement in Manhattan.  He excelled as a student and passed the entrance exam for Stuyvesant High School.  Although his mother was unable to advise or encourage him, he applied, and against all odds, was accepted and awarded a full scholarship by Harvard University.  As an undergraduate, he majored in American History. He also spent two years at Harvard Law School, but left feeling that the law was too adversarial for his temperament.  He earned his Ph.D. through Harvard’s Department of Social Relations, which added to Bill’s preference for the big picture over details, disregard of disciplinary boundaries, and large repertoire of analytic methods.

After an early career that included research and urban planning, he became the Director of Research for the Peace Corps.  This ended when the Nixon administration removed high-level appointees in order to appoint their own people.  He came to the University of Cincinnati first as an assistant to its President, and transitioned to the Psychology Department.  His professional interests were clinical psychology, urban psychology, and political psychology, in particular the study of dictators.  He was a dedicated, outstanding teacher who could explain difficult concepts to anyone.  He mentored and advocated for his students, while challenging, supporting and nurturing their growth.

Bill married Susan Reeder in 1961.  They divorced in 1987; she died in 2013.  He married Patricia (Pat) O’Connor in 1995.  He is survived by Pat; two children from his first marriage, Sarah Elizabeth (Sally) Meyers Faust (Christopher), and Steven Meyers (Christine); two grandchildren, Allison Faust Ray (Mitchell) and Bradley Faust; and a stepson, Christopher Miller.  Bill put his family’s welfare above his career, and worked to nurture his children to become good people.

Bill was a magnificent human being.  He had a wry, playful sense of humor.  He was given to gentle teasing, irony, and occasional zingers that could go over your head until you did a second take.  He was a gentleman toward all, and listened deeply to people.  He was outraged at social injustice and outspoken about the welfare of children.  When he saw something wrong, he intervened.

He loved to travel to new places, to eat in restaurants, to tour the world.  He was gregarious and uninhibited in meeting new people.  He was a writer, a photographer, an amateur astronomer, a bridge player, a cyclist and tennis player, a classical music lover, an ardent appreciator of actors, a speaker of French and Italian, a voracious reader, and an aficionado of Italian made-for-TV detective movies.  He loved sitting in cafes and public places to watch humanity walk by, visiting parks to commune with nature, and gazing upon ancient stars and galaxies.  He appreciated life, living it to the end, and was sorry to leave us.

Because of Covid risks to guests, the family will not convene an immediate memorial.  The family requests that gifts in William R. Meyers’ memory be directed to: