The Making of the U.S. Constitution

Americans revere their Constitution.  Worship of the document, however, is no substitute for actual knowledge of how the Constitution came into being.  In The Framers’ Coup: The Making of the US Constitution, Professor Michael Klarman tells the story of the Constitution’s origins in a way that demythifies it.  The men who wrote the Constitution were extremely impressive, but they were not demigods; they had interests, prejudices, and moral blind spots.  They could not foresee the future, and they made mistakes.

When finished, the Framers had written a constitution that vastly expanded the powers of the federal government and constrained populist influence upon it.  How were Americans convinced to approve such a document? With tactics we recognize from today; both sides questioned their opponents’ motives and attacked their characters, appealed to the material interests of voters, employed dirty tricks, and made back-room deals when necessary.

Understanding how the Constitution came into being is an important step to tackling the question: how should one feel about a modern democratic society’s being governed by a constitution that was written 225 years ago by people possessed of very different assumptions, concerns, and values? 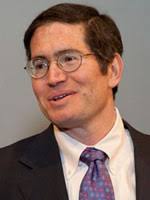 Michael J. Klarman is the Kirkland and Ellis Professor at Harvard Law School, where he joined the faculty in 2008.  He received his B.A. and M.A. (political theory) from the University of Pennsylvania, his J.D. from Stanford Law School in 1983, and his D.Phil. in legal history from the University of Oxford, where he was a Marshall Scholar.  After law school, Professor Klarman clerked for the Honorable Ruth Bader Ginsburg on the United States Court of Appeals for the D.C. Circuit (1983-84).

Joining us to introduce our speaker will be Christopher Bryant, Rufus King Professor of Constitutional Law at the UC College of Law.  Professor Bryant’s numerous published articles and essays reach a wide range of issues of contemporary constitutional importance, including the separation of powers, judicial review, and the roles of the various branches of the national government in constitutional interpretation.  He is a recognized expert on the scope and exercise of national legislative power and the respect that Congressional action is owed from the federal judiciary, with leading articles on the subject published in the Cornell Law Review, George Washington Law Review, BYU Law Review, Notre Dame Journal of Legislation, and William & Mary Bill of Rights Journal.  Professor Bryant’s research in federalism and unenumerated rights include a co-authored book, Powers Reserved for the People and the States: A History of the  Ninth and Tenth Amendments (Greenwood Press 2006), as well as articles in the Georgia Law Review and the Cornell Journal of Law and Public Policy, to name only a few.  He authored thirteen essays on landmark constitutional cases for the Encyclopedia of the Supreme Court of the United States (Macmillan 2008), and is a frequent speaker on the Constitution, the Congress, and the federal courts at symposiums, conferences, and public programs. Professor Bryant is a member of the America Society for Legal History and the Federalist Society.

The vision for the Harvard Club of Cincinnati this year has been to focus on building community. A beneficial side-effect of the pandemic is that we have begun partnering with other Harvard Clubs in Ohio and the region.  Joint programs have given us the opportunity to make new connections and hear different voices as we expand outside our narrowed circles, bringing you  more programs than we could have alone.
Given that we cannot yet meet in-person for our Annual Meeting and Dinner, HCC is splitting the usual activities into two events.  The Annual Business Meeting to recap the Club's year and elect the Board for 2021-22 will be held virtually at a time to be determined.  In February, we are thrilled that Professor Michael Klarman will speak with alumni from all three of Ohio's major metropolitan areas, Cincinnati, Cleveland and Columbus. This speaking event replaces our Annual Dinner.  With no fee and no travel, we hope a great many of you will be able to join us!