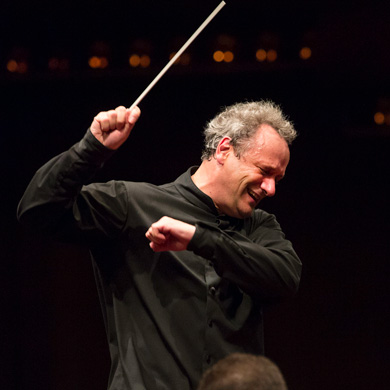 Featuring 2 soloists, our own Gillian Sella, '87, & Dwight Parry on the oboe d'amore with Maestro Louis Langrée
September 22, 2018.  25% discount and the after party is included!

What’s interesting about this concert: Gillian is a soloist!
• A petite program of familiar French masterworks and the perfect introduction to the CSO.
• Music that tells stories to get lost in, from Dukas’ Apprentice to Ravel’s mythical lovers Daphnis and Chloé.
• All ticket holders are welcome to attend Après, the FREE after-party in the Ballroom. Let’s celebrate the start of the season!
Harvardians and our Ivy League friends will meet up at the organ in the Ballroom.
Interested in a full course of French flavor? Learn more about the Gala d’Ouverture, the gala dinner preceding the performance.

Note: If you buy tickets through the CSO website without using the link above, your unique promo code for the Harvard Club is HARVARD CLUB and this is good for 25% off tickets to CSO Opening Night on September 22 at 8 pm. The after party is included with any ticket purchase.  Meet up with Gillian by the organ in the ballroom.  Those of you who already had tickets not through our site, please come join our Harvard and Ivy League group by the organ.